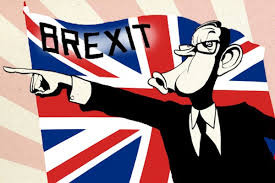 Impact on the Property Sector by Brexit

Brexit property sector impact remains uncertain. However most indicators do suggest that property prices will fall. The extent of the fall in prices no one really knows. Before we look at the Brexit factor on the property sector, let look at preBrexit predictions.

In January 2016 Royal Bank Scotland issued a warning that 2016 was going to be a year like 2008. It made this prediction at a time when the EU remain camp were ahead in opinion polls. It’s also interesting to note that RBS were the first bank in the UK to predict the 2008 crash before it happened. RBS advice, in January 2016, to their clients was to “sell everything” as deflationary crisis nears. You can read more here. In January 2016 Societe Generale agreed with the assessment of RBS and went as further in predicting the collapse of the Eurozone. You can read more here.

If you give credence to the above the UK irrespective of Brexit was predicted a rough ride. No doubt Brexit will speed the crisis spoken about above. In February 2016 “tenants referencing UK” disclosed that a National Association of Landlords study predicted landlords would sell 500,000 properties in 2016/17. This prediction was a direct result of the Clause 24 tax changes by George Osborne.

As I said at the beginning of the article, indicators suggest that property prices will fall generally. However it seems that while the pound is weak more foreign investors may buy up prime properties in central London. One central London estate agent I spoke to are expecting to be busy because of this reason. Another estate agent that has 11 offices throughout the greater London area have told me that sales overall have dropped. They are concerned that this slowdown will continue for some months.

Mark Carney, the Governor of the Bank of England, plans to deal with Brexit in the following ways.

You can read an analysis of Carney’s comments here.

Lower interest rates may stoke prices higher in the short term as people with money divert funds into property that gives a higher return than government bonds. This money is likely invested in prime London property. Japan currently has negative interest rates and this is stoking property prices in some area’s, creating a bubble. The same may happening in the UK. You can read the article on Japan here.

The biggest Brexit property sector impact seem to come from a UK recession and clause 24. Some people are suggesting that Clause 24 will be reversed if Andrea Leadsom is leader or Chancellor within the conservative party. I have my doubts about clause 24 being reversed.

So given the uncertainty of the Brexit property sector impact what should a property investor do. Age is likely to be a factor here, if you are in your 20’s, 30’s or 40’s you should look to hold long term and should not be concerned about short term dips in prices. If you are looking to retire and cash in your investments then a drop in prices will have a negative impact on you. Stick to the basics of investing. Do the opposite of what the market is doing. If prices are going down, as a professional property investor, you should look to buy. As the serious property investors drum into their property mentee’s if your property generates cash flow then you should invest.

Here is what the professionals say

An interview with Ranjan and Jim Haliburton AKA the “HMO daddy”

An interview with Ranjan and Richard Greenland

The Finance Equation Ltd are property tax advisers and property accountants. We help clients to keep proper records, save them tax and help them source commercial finance for their property transactions.

We use cookies to ensure the best possible experience on our site. By browsing this site, you give consent for cookies to be used. Find out more.