HMRC have recently been given new powers to access taxpayer information. This relates to anyone who may have offshore bank accounts or assets. HMRC are now issuing what is called “nudge letter” to anyone suspected of having undisclosed offshore assets.

The finance bill 2020-21 introduces the financial institutional notice or FIN, in addition to other powers that HMRC already have. Once a FIN is issued it places bank and other financial institutions under legal obligation to provide documents or information about a particular taxpayer. What is different with a FIN is that HMRC do not need approval to issue one from the taxpayer or the tax tribunal. Although there are safeguards in place, namely the taxpayer must be notified of the issuance of a FIN, HMRC can apply to the tax tribunal to waive any notification. A FIN is limited in that it cannot be used to obtain legally privileged information. Taxpayers should expect HMRC to use FIN with increasing regularity, so be aware of your legal responsibilities. This “increasing regularity” is clearly stated in the draft legislation.

Why introduce these new powers

FIN’s have been introduced to speed up HMRC’s information collection process, particularly when they must comply with information requests from other countries. So, we are likely to see an increase in the 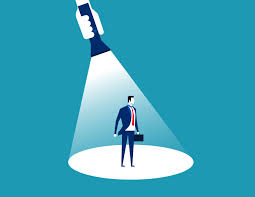 use of FIN’s to other countries. It seems unlikely that the use of FIN’s issued in the UK will face a legal challenge, but those issued to other jurisdictions may will conflict with local laws so may face legal challenges. It will be interesting to see how this develops for internationally issued FIN’s. Another important driver for this change is the governments need to pay for the COV19 borrowing, which is significant. A recent OECD report shows that there is plenty of money in tax havens for governments to chase. Although this measure is likely to please parts of the public because tax havens will be attacked, FIN’s could potentially affect anyone the HMRC think are paying too little tax. Due to an increase use of artificial intelligence software HMRC are catching more people out. They regularly run bank data through their Connect system and tax returns submitted.

Opportunity to review your tax returns

HMRC have already sent out numerous Nudge letters to people they suspect have not disclosed offshore assets and paid the appropriate amount of tax. The letters read as follows

“We believe that you may not have paid the right amount of UK tax. There may be a reasonable explanation for this.

“We are giving you the opportunity to review your tax affairs and to tell us about anything that you may need to put right. Some people with assets overseas have found that earlier tax advice is out of date after changes to their personal circumstances or to tax laws.

“Please help us to make sure the information we hold about your tax affairs is accurate. You can do this by checking that you have told us about all of your UK tax liabilities from all overseas income or gains.”

At this point if you do not make corrections, if required, you may likely face criminal proceedings so make sure to get some good advice before you complete any declarations.

One comment on “HMRC given additional powers to collect more tax”

We use cookies to ensure the best possible experience on our site. By browsing this site, you give consent for cookies to be used. Find out more.